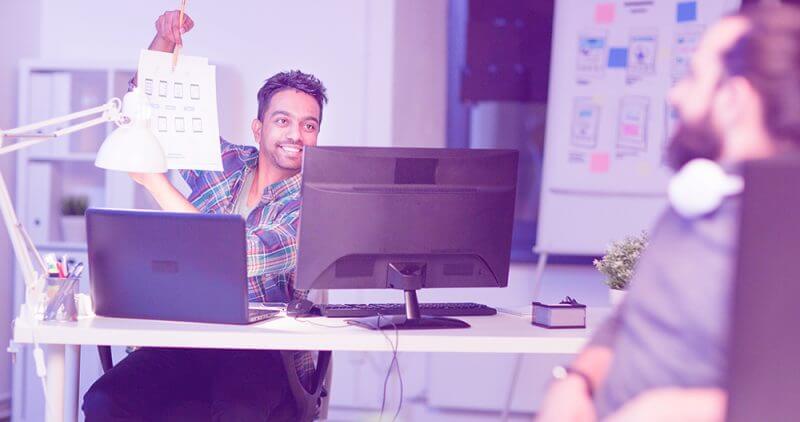 When measured correctly, revenue from UX projects can be directly correlated with your investment. This is why it is increasingly important to understand how to measure your ROI in relation to your UX projects. User experience activities can reduce developmental inefficiencies in a number of ways, such as diminishing wasted development time, shortening development time altogether, and instead focusing on perfecting the user interface. User studies show that 70% of projects fail due to lack of user acceptance, which is a common consequence of lack of UX design.

Lack of user experience is a major factor that contributes to loss of revenue.

UX plays an essential role in client-product communication, and failing to incorporate UX into one’s product strategy can result in massive loss of revenue. Currently, programmers are shown to spend over half their time doing avoidable reworks. Over 1 trillion (USD) is spent on IT projects every year, yet around 15% of all those projects will never make it to completion due to various issues. 25% of these issues will be related to UX mismanagement, such as poorly defined system requirements, lack of understanding between consumers, developers and users as well as conflict of interest between stakeholders.

How to calculate ROI

In order to estimate the precise revenue from a UX investment, simply subtract the investment from the economic profit gained from the investment. Remember to take inflation into account as well as the number of years you will need to pay off the entirety of the investment.

Conversion rate allows you to measure the impact of UX activities on your KPIs (key performance indicators). If you are attempting to measure direct activity on your site, then UX can significantly influence those numbers through branding, usability and accessibility. This method allows you to observe the different components that make up your UX impact user behaviour. An example of employing the conversion rate would be if you wanted to figure out what percentage of people who visit your website are also subscribers. The formula used to calculate this would be

Drop off rates are another way to measure the number of visiting who decided to abandon the conversion funnel before completion. Being able to measure the drop off rate is critical because it allows you to identify which part of your conversion funnel is causing user dissatisfaction and at which step they decide to back out. In order to calculate drop off rates, you will need google analytics to convert the raw usability metrics into a SUM score (with the help of a SUM calculator). The formula used to calculate the drop off rate would be

This metric will be used to record any errors that may arise as well as identifying user interface design issues that impact users’ ability to proceed through the conversion funnel. Single usability metric (SUM) is a standardized metric that calculates task completion rates, time used to complete tasks, and satisfaction and error tolls. Your SUM can be easily calculated using a SUM calculator. SUM has a direct correlation to drop off rates considering that

There are some other metrics for measuring the economic outcome of a specific UX project, which are shown below:

These metrics allow a company to observe the difference in user behaviour and time saved for the company while also taking into account an increase in company earnings as a direct result of a UX project.